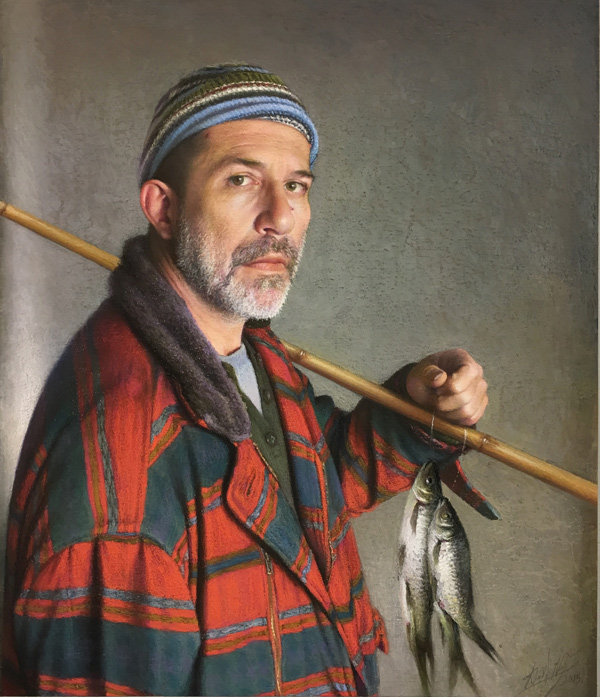 Self portrait as a fisherman

David Nipo was born in Rio de Janeiro, Brazil. He immigrated to Israel in 1969. In 1983-1997 he worked as a scenic artist for the Israeil film Industry. David Nipo is an auto deduct. In 1997 he studied two years at the JSS under the instruction of Artist Israel Hershberg. In 2005, he and Aram Gershuni established Hatahana Studio for Figurative Painting and Drawing in Tel Aviv. Nipo lives and works in Moshav Nir Akiva in the Negev.

David Nipo’s work is done mainly from life from acute observation. His subjects are still life, landscape and portraiture. His works are in public and private collections internationally, including the Israel Museum Jerusalem.

David Nipo believes that art liberates by unveiling aspects of the collective human truth, that can only be revealed by the subjective point of view of the individual’s experience, therefore the practice of art is an ethical act that bears social responsibility.

Since 2005 – Teaches at Hatahana school of painting and drawing which he founded with Artist Aram Gershuni.

2014 – “I returned and saw under the sun” recipient of the Haim Chiff prize for figurative Realist Art, 2013, Tel Aviv Museum of Art (catalogue)